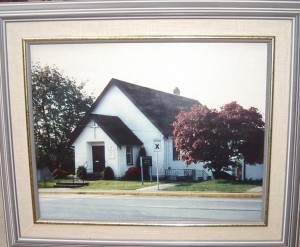 In October 2022, St. Paul’s Presbyterian Church celebrated their 75th Anniversary.   St Paul's began worshipping in Mission on 7th Avenue after they purchased the building in 1947.

In 1991, due to continued grown of the congregation, they purchased land on Cedar Street, opposite Albert McMahon Elementary in hopes of building a new bigger church.  The dream was realized and moved into this location on May 3, 1992.  This new building includes a bell tower which still rings each Sunday morning at worship time.    It wasn’t long before they outgrew their space and on September 4, 2005, they broke ground, on the building’s expansion project.   This added a wheelchair washroom, extra classrooms, meeting room and storage room as well as expanding the lounge to seat 150 people.  The congregation still worships and serves from this location.

In November of 2007, St. Paul’s was approached to set up a Warm Zone Extreme Weather Shelter for homeless people as there was no shelter for the homeless at that time. This site ran with Mission Community Services’ help for 35 days and had up to 45 people who stayed each night, proving that our city needed a homeless shelter. The next winter Mission Community Services opened a shelter downtown. St. Paul’s has always been a very community focused church offering Bible School and soccer camps in the summer for children,  an afterschool Kid’s Club program on Tuesdays afternoons from the early 1990’s until just before Covid hit, plus many other programs and outreach events.

St. Paul’s rents to numerous community groups as they are fully wheelchair accessible. They have recently welcomed Cherub’s Inn Daycare to share their building in January 2022, as daycare space is needed in the Cedar Valley area. In addition, St. Paul’s has welcomed another Mission area church for five months when the building space they were using had a mold issue.

The church is grateful to be a part of the Mission community and giving help or offering their space to those who need it the most. Over the church’s history, St. Paul’s has had 5 pastors’: Rev. Murdo Pollock, Rev. J.D. Howard, Rev. Hamish Harvey, Rev. Bob Calder, Rev. Robin Ross, and Rev. Rebecca Simpson.